Temporal Shift: The Kill- Soundtrack to Your Violence 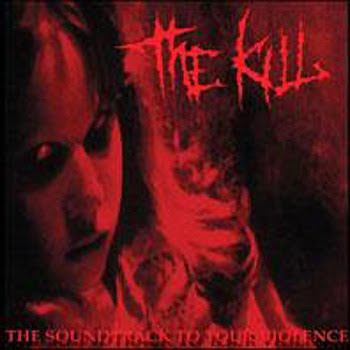 Biases are one of the many things wrong with modern society. They fuel unnecessary and corrosive racial, political and social hatred, promote segregation and division, and keep us from becoming fully realized and well-rounded individuals. If you let them, they also keep you from enjoying some damned excellent bands.

A few years ago, I fell prey to a bias of my own. In this case, it manifested itself in the belief that no good music came from Australia. To my understanding, Australians were incapable of taking themselves seriously, and from AC/DC, to shitty radio rock offerings, even as far as their grindcore was concerned, it seemed like all Aussies wrote about was hanging out, sitting around, being lazy and getting laid. While that's since been rendered moot by the likes of Warsore, my first introductions to bands like Captain Cleanoff left me feeling unfulfilled (most likely from being spoiled by the sophisticated lyrical fare of Discordance Axis and Pig Destroyer and the diverse topical contributions of Napalm Death and Brutal Truth.)

Like every good sudden conversion of opinion, of course, it was sparked by a chance encounter. In my case, that encounter was with the Kill's 2003 album Soundtrack to Your Violence, the very slab of grind ferocity before us today. After hearing “We Want Blood” on the band's Myspace, I was impressed enough to download the album, yet the song titles kept me at arm's length. Looking up the lyrics on Darklyrics (really the only place you should be looking for metal lyrics, anyway) confirmed my suspicions: “Dead Babies” was about liking abortion, “Fuck Emo” was about (you guessed it) disliking emo (although the song's suggestion that emo bands start playing grind instead is, was and ever shall be fucking hilarious, world without end, amen), and I can tell you the full lyrics to the 1:03 “Tracksuit Pants Are Thrash” from memory: “Tracksuit pants are thrash / We are white trash.” Not exactly Garcia Lorca, if you ask me.

Yet the music kept me coming back. The album was two minutes long of being Amber Gray, and it assaulted with a more thrash take on the same ferocity. The guitars buzzed like Insect Warfare with a kernel of interest in songwriting, and the vocals made up for the fact that they weren't delivered by Jon Chang by being truly unhinged in their approach; I couldn't help but picture the lyrics being bellowed in my face with each syllable.

What's more, I began to stop minding them. That's not to say that my ideology changed; I'm not about to write lyrics about liking wrestling (“We Want Blood”) or fat men who would probably beat the shit out of me (“Gore”), but the songs suddenly became funny instead of annoying. Buying the rare vinyl collection of a heroin addict? Hilarious. Writing songs about track suit pants being metal? Pretty hilarious too. Babies looking like aliens? Also actually pretty funny.

If you're just going to judge a band on whether their lyrics could stack up to Nabokov or not (honestly, if those were your lyrical standards, you'd listen to exactly zero bands), you're going to have to ignore the musical talent of a good percent of pretty great groups. Same goes if you judge them on members' gender, sexual preference, race, or national origin.

The Kill's Soundtrack to Your Violence is an album that pulls no punches. It grinds you from the first note and doesn't let up until its 13:28 runtime is up, with a sense of grinding purity that's really quite elegant. No instrumentals, no bullshit boring doom track to close the album, and even no need for dialogue samples, something that would only dilute the experience. Simply put, if you don't have a copy of this record either on your cd rack, in your digital music library or in your vinyl crates (does this thing even come on vinyl? I sort of doubt it), you've got an ugly, irreverent Aussie-sized hole in your grind collection that needs filling ASAP.

Posted by DesiccatedVeins at 2:08 PM