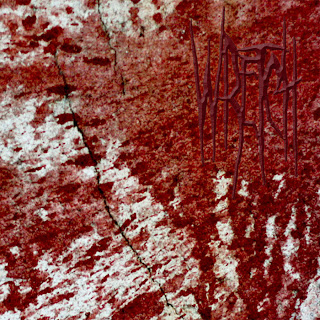 "To love a murderer. To love to commit a crime in cahoots with the young half-breed pictured on the cover of the torn book. I want to sing murder, for I love murderers. To sing it plainly. Without pretending, for example, that I want to be redeemed through it, though I do yearn for redemption. I would like to kill." - Jean Genet, Our Lady of the Flowers (1943)

Grindcore does not mean the same thing to everyone. When meeting new people, in the real world or online, a discussion of taste expected to yield a high degree of common ground can quickly find you at angles with your discussion partner on what grindcore should sound like, what makes it great, and even what it fundamentally is and is not. This shouldn't suggest a clear one-up, one-down, right-or-wrong situation; rather, it’s a question of experiential data, and, like more aspects of music than most critics care to admit, largely a matter of personal tastes.

Take this Wretch EP, for example.

Fundamentally, it scans as some amalgam of death metal and grindcore. However, someone with a more or less exclusive interest in high-speed grindcore could have a tendency to read it as death metal or goregrind, while a metal fan with a casual interest in Pig Destroyer and Nasum might find it exactly in keeping with their definition of grindcore.

The death metal and grindcore signifiers in Wretch’s sound share a fairly equal amount of weight in their vocals. Their pitch is for the most part binary and split between low and high patterns. Low vocals are a guts deep (but not pitch-shifted) marriage of death metal’s growl and gore music’s gurgle, while the highs are spat out in a raw, violent manner that values emotion over sheer height (vocalists: to translate that criticspeak, “emotion” means that it’s going to hurt—a lot).

Lyrics on The Senseless Violence EP haunt classically gore territory, with hatred, violence and grotesquery dominating the subject matter. The taboo and disturbing are common fodder here, and songs like “(Dis)located,” with its focus on sexual violence, might warn off some potential listeners outright.

Guitar tone and recording fidelity both rest around the midpoint between 80s extreme music demo-trading and the height of major label metal in the 90s. Mid-fast death metal is roughly the band’s cruising speed, and blasting grindcore serves as a counterpoint to that principal tendency.

The first of 6 gore-soaked tracks, “Purveyors of Senseless Violence” splits open the EP in fitting fashion. A sample from Australian Nazi skinhead flick Romper Stomper sets a violent tone that is matched deftly by a fast, metallic intro riff, the call of which the rest of the instruments rush to answer. An energy builds around their playing for a few seconds until Joel, the band’s vocalist, brings that energy to a head in a long, hate-filled high scream that serves as one of the track’s high water marks. The rest of the song rolls along at a deathgrind churn, and later sections lock into some especially head-nodding death metal grooves.

Death-thrash grinder “Shit Shovel” performs some gut-level satisfying maneuvers and is one of the faster numbers on The Senseless Violence EP. It’s a track with the most chocolate-and-peanut-butter moments of any found here, and a good one to play to a mixed room of death fans and grinders. With both an intro that recalls a schlock-horror foggy graveyard and an energetic later half, it’s a pretty good example of where the band’s interests extend musically.

The material’s overall metallic proclivity means that, as expected, Wretch is stocked with a talented cast of players. However, talent without savvy editing can lead to flaws in song structure, as found most notably on “Gorging.” A destructive drum fill transitions into a tasty groove that buoys the song, until that groove becomes mired in an errant breakdown that sees the song slowly collapse onto itself, dissolving into a disoriented pause/count-off that briefly restores order before an unfocused dual guitar exercise leads the song to a somewhat puzzling, abrupt end.

Wretch will especially appeal to the listener who identifies first as a metal fan and a grindcore fan second. Fans who tend to be hardline toward either metal or grindcore might tend to focus more on the musical notions that they’re unfamiliar with than the ones with which they are, but someone whose graph meets somewhere in the middle of that continuum will be right at home here.

You can purchase/download The Senseless Violence EP from Wretch’s Bandcamp page, either as a name-your-price download or as a physical cd.

[Note: The band sent me a digital copy for review.]
Posted by DesiccatedVeins at 1:26 AM 2 comments:

Samantha, vocalist of the powerviolent Canadian feminists in Rape Revenge, brings us the sort of vegan treat that even the most snobbish carnivore can't deny: good, old-fashioned fudge. No matter your diet or culinary philosphy, blast Rape Revenge's newest 7" Paper Cage, whip up a batch of this goodness, and while it's cooling, destroy something oppressive in your neighborhood. (And don't forget to respect those around you). Then dig in.

My favorite recipe is for vegan fudge, it goes like this:

Combine everything in a pot on the stove over low/medium heat, stirring regularly.  Once it thickens, remove from heat and put in greased pan and throw in the freezer.  Let cool for an hour or more.
Posted by DesiccatedVeins at 8:51 PM No comments: 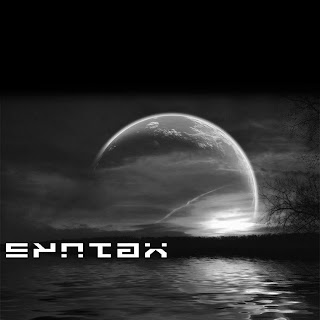 I never know how to feel when listening to a new band’s demo material. It’s not the fact that demos are never perfect; demos are cool for what they promise as much as what they deliver. My reservation toward demos lies exactly in that promise. Just like I’m never sure if a band I love is going to follow up on a great LP, I’m never sure if a demo band I like will make it to one decent LP before they break up or change so drastically that I’ll wish that they had.

California's Syntax is the perfect band to speak on this occurrence about. Their Demo from 2009 was quite promising, if derivative of Discordance Axis, and the fact that I liked it worried me as much as it excited me, for fear that whatever they filled in the blanks with once they discarded their grind hero worship would make me wish that they’d just remade The Inalienable Dreamless.

Syntax’s 2012 material is feedback-scarred, destructive stuff, and a definite step up from the 2009 Demo. Gone is the overwhelmingly Discordance Axis-lite aesthetic, along with the thin, clean guitar tone and the Damage Digital trashcan drums of the first outing. In its place is a looser, more mature set of songs that pack a lot of noise while still retaining the angular, tech-flecked style that made them an exciting find a year ago. This Syntax has more in common at first glance with a band like Cellgraft than Discordance Axis or Assück, and as back-handed as that sounds from a pedigree standpoint, it’s meant as high praise.

The science fiction aesthetic of the demo is still present, though this record  trades the thin, cerebral quality of something like Isaac Asimov’s I, Robot for a dirty, intense and visceral tone reminiscent of Richard K. Morgan’s Altered Carbon or William Gibson’s Neuromancer.

From a vocals standpoint, it’s hard for me to not love this band. Vocalist David’s main approach is a high, gasping shriek that sounds like he’s putting every ounce of himself into the performance. That trick is hardly the only one at his disposal, however, and this release finds David hitting gut-churning lows more often and deeper than found on the last one.

Never is the sonic shift from 2009’s Demo to Syntax 2012 more noticeable than in the opening of first track “To Forget.” The shrill feedback and bashing drums of this song are firmly grounded in earthly pursuits, and the airiness of the early demo is barely a distant memory. “To Forget” is an immediate, snarling cocktail that shouts “This the new shit!” at you like an ad-lib on a rap single and then blasts into the ether.
A slow, emotive, eyes-downcast riff floats through the feedback that opens “Glitch,” gaining intensity until it chugs itself into full-fledged blasting halfway through. The guitar and drums toy with several riffs, stop-starts and tempos over its run, a technique that assures that the song stays exciting while never getting tangled in the convoluted vines of math metal.

“Shape Shifter,” the definite “single” if grindcore had or needed such a thing, resurrects the Discordance Axis staple of half-time riffs over blasting drum patterns. Guitars stab and flail around seismic, rolling drums, screams emerging from every direction; the three players ride shifting cyclical patterns around one another, three interlocking cogs in the same grinding piece of machinery. Some moments find them perfectly at pace with one another, while others find them at angles with each other in ways that only seem asynchronous until you look at them twice.


You can download Syntax 2012 from Grindcore Karaoke. You can also find the 2009 Demo there in a version that's oddly missing two tracks, or grab the full version from Karlo at Cephalochromoscope.
Posted by DesiccatedVeins at 9:35 PM 9 comments: