Unwatchable is the New Watchable 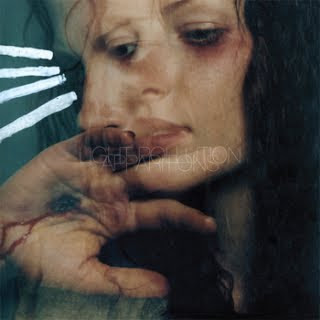 This has probably been my most listened album in the past week or so besides the Morning Benders' new one, Big Echo. Both albums share a similar almost-summer vibe, which has helped fuel my wishful thinking for ever-increasing warm weather. Unlike that record, though, this one really hasn't garnered a ton of attention yet. That's not to say it won't -- the tracks on here are of such a quality that I doubt it's going to be ignored for very much longer.
To describe it by musical touchstones, one could say it's a combination of the lo-fi, blue-collar indie of Real Estate, the blissed-out, psychedelic drone sections that Animal Collective and Panda Bear frequently indulge in, those Beach Boys harmony sections that are all the rage recently, and even some anthemic, drum-led sections almost reminiscent of Arcade Fire. That's kind of what makes this so compelling, the band's ability to apply a variety of styles across a record and still come up with a style that sounds like theirs.
While there's certainly nothing on here anywhere near dead weight, if I had to pick standouts I'd go with opener "Good Feelings" and the swirly, mid-album "Bad Vibes," both of which exemplify the variety of styles on this album (the former a better example of the similarities to Real Estate and the latter a great example of the Animal Collective comparisons.)
I hope I'm not the only one excited about these guys (or the only one prematurely excited for indie rock summer albums, something which I'm a huge fan of.) Don't be surprised if, by the time that hot weather rolls around, this album is pulsing from the crappy laptop speakers of indie rock slackers everywhere.
Posted by DesiccatedVeins at 12:33 AM No comments:

This ballin' new Madlib-produced Erykah Badu track, along with that new (and ALREADY removed from YouTube) Flying Lotus track "...and the World Laughs With You" with Thom Yorke, seem to indicate that our summer's going to be filled with even more chilled-out psychedelic jams, this time of the hip-hop, rather than indie rock, variety. I, for one, am very down.
Posted by DesiccatedVeins at 12:49 PM No comments:

First off, I fucking love listing things. This is kinda a repost of a Facebook note I made, but I realized I'd left out five truly excellent albums, so I had to expand it to 30. I love all genres of music, from indie rock to grindcore, so hip-hop's certainly not going to be the only thing I'll cover on here. No matter what genres you listen to, though, hope you enjoy it.
My Top 30 Hip-Hop Albums, Chronologically
Posted by DesiccatedVeins at 11:16 PM No comments: